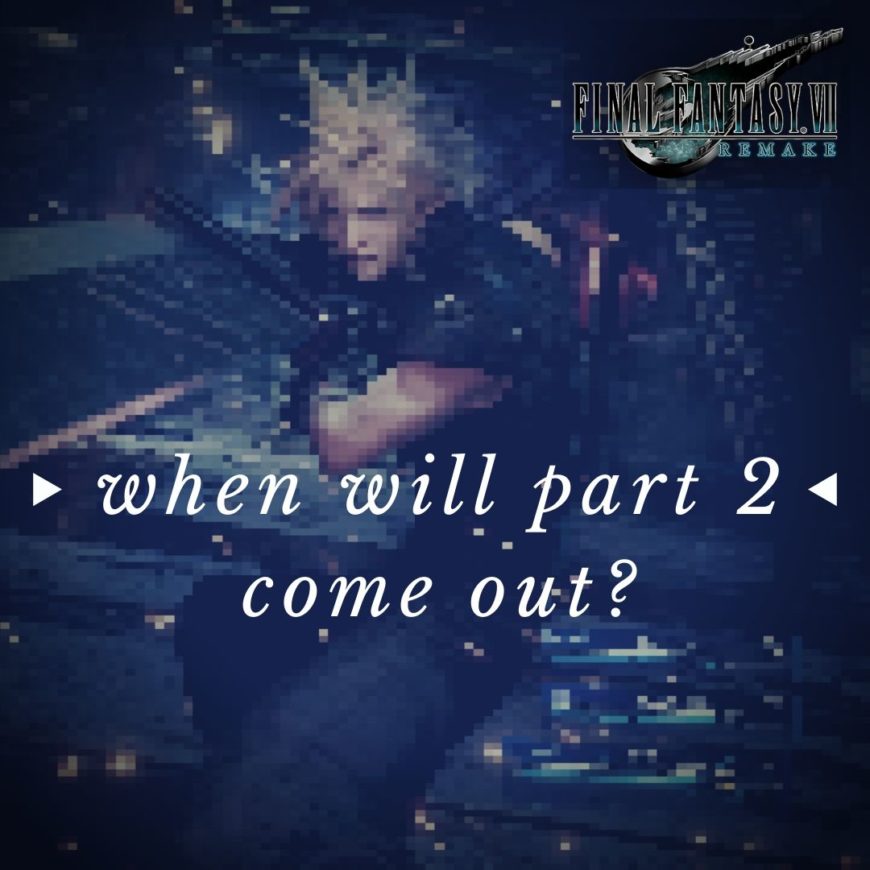 FF7 Remake Is Episodic – This Is Just Part 1

It’s likely the complete FF7 Remake will span 6-10 discs in total, with a total game length of around 150+ hours. This could almost double if playing to earn all of the achievements, trophies and completing all sidequests and optional content.

When Will FF7 Remake Part 2 Come Out?

If you’re wondering what the release date for FF7 remake part 2 is, it’s likely the game will be split into 4 or 5 episodes, but FF7 Remake Part 2 won’t be released until the next generation of consoles, Playstation 5 and XBox Series X.

Development for FF7R Part 2 was underway in December of 2019; Square Enix is using Unreal Engine 4, Nomura and his team are focussing entirely on FF7R now that Kingdom Hearts 3 has been released.

The team will grow more familiar with their implementation of Unreal Engine, and many assets will be reusable so the development of FF7R Part 2, Part 3 and beyond should go more quickly than Part 1.